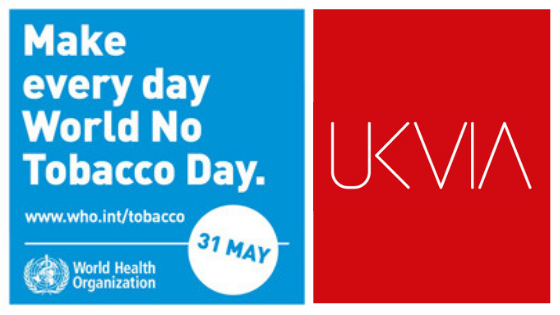 The World Health Organisation (WHO) has been criticised for promoting a tobacco-free day while at the same time supporting bans on vaping, one of the most effective means for people to stop smoking.
World No Tobacco day will take place this year on 31 May. Despite studies, including one of the largest yet conducted and published last week in the journal Addiction, finding that those who switch to vaping are more likely to quit smoking than using other stop smoking aids, the WHO encourages member states to ban vaping products outright as part of a tobacco control plan.
The contradictory position has been strongly criticised by industry and stop smoking campaigners as being confusing for smokers and being counter-productive.
John Dunne, Board member for the UK Vaping Industry Association said:
“There is a growing bank of evidence which shows that vaping is 95% less harmful than smoking, including studies from the respected and independent Public Health England, Cancer Research UK and Action on Smoking and Health. Despite this the WHO continue to confuse and dissuade smokers from switching to vaping, potentially prolonging the harmful effects of smoking on those people.
“Just last week, scientists from University College London published research that found smokers were three times more likely to quit by vaping, rather than using other nicotine replacement therapies. The WHO themselves recognise the potential for vaping to help people make the switch, so they need to stop contradicting themselves and base their policies on scientific evidence. Switching to vaping really could see the sort of tobacco-free society that the WHO are encouraging through World Tobacco Free Day.”
Sarah Jakes of independent consumer charity the NNA added:
“The WHO Framework Convention on Tobacco Control was founded with a commitment to encourage tobacco harm reduction. Its Ottawa Charter and Jakarta Declaration also pledge to put people at the heart of decision-making and to support and enable consumers to keep themselves, their families and friends healthy. Yet by ignoring the global success of alternative nicotine products these goals are being abandoned.
“World No Tobacco Day should be a great opportunity to raise awareness of far safer alternative nicotine products to maximise benefits to public health worldwide. It is disappointing then that the WHO instead supports bans on vaping, despite mounting evidence that e-cigarettes are a proven safer alternative to smoking and have contributed to record falls in smoking prevalence in countries where they are allowed to flourish.”
The UK Vaping Industry Association has led international attempts to encourage the WHO’s tobacco control group to differentiate between vaping products and tobacco products and change their position on vaping.
The WHO’s reticence to reform its policy also stands in stark contradiction to the UK Government’s positioning on vaping products. In a review of the evidence to have emerged since 2015, the Department of Health and Social Care concluded that regulations are needed to balance the risks of e-cigarettes with their potential benefits and that restrictions on communicating these potential benefits when compared with tobacco products should be reconsidered.