The UKVIA responds to statement from the Vytenis Andriukaitis, European Commissioner for Health and Food Safety, in which he fails to back vaping as an effective means to quit smoking on World No Tobacco Day.

“It’s disappointing that Commissioner Andriukaitis has decided to mark World No Tobacco day by criticising one of the most effective means at stopping people from smoking. There is a growing bank of evidence that shows that vaping is 95% less harmful than smoking and research from University College London published last week in the journal Addiction shows that it is substantially more effective at helping people quit, even over prescription drugs.

“The Commissioner’s concern about young people taking up vaping isn’t borne out by the evidence from the EUs largest market for vaping, the UK, where figures from Government body Public Health England show that regular use remains low.

“I’d encourage the Commissioner to see the bigger picture and focus on the goal we all share of reducing the harm from tobacco, rather than adding to the misinformation and confusion around vaping that discourages smokers from making the switch and prolonging their exposure to harm.” 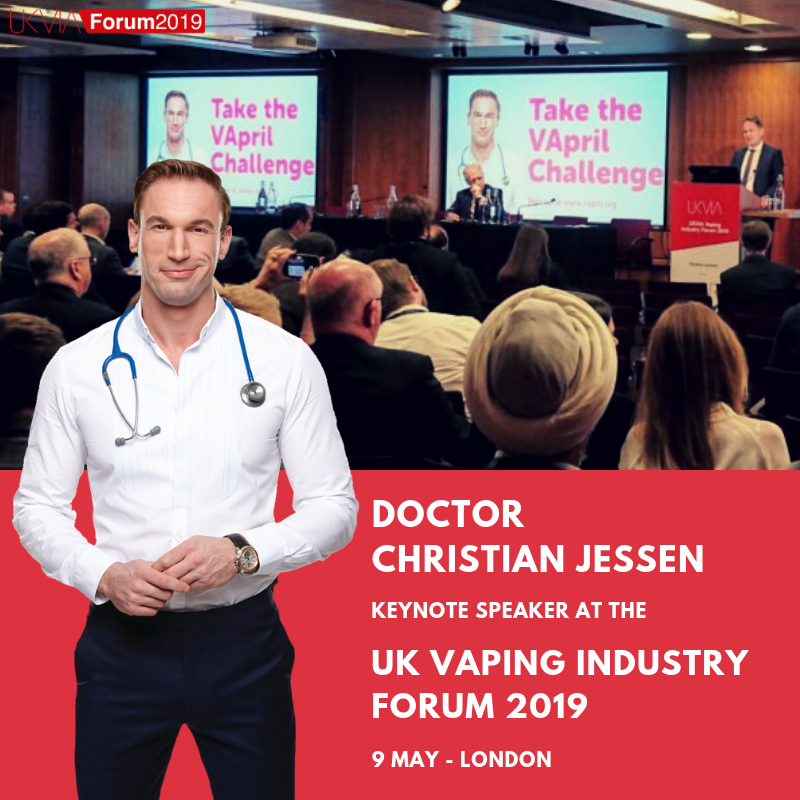 New speakers announced ahead of the Vaping Industry Forum

New speakers announced ahead of the Vaping Industry Forum